He  studied for the priesthood at St Marys College, Oscott between 1996 and 2003.

In 2001  he graduated from the University of Birmingham with a BA (Hons) in Applied Theology. This was followed in 2003 with a  degree Bachelor of Sacred Theology (STB) from the Catholic University of Leuven, Belgium.

He was Ordained 3 July 2004 St Anthony’s Church, Saltney. Since then:

In 2015 he undertook further studies in Canon Law again through Leuven University. He graduated with an MA and a Licentiate In Canon Law (JCL). Fr Andrew assists as a Judge and Canonical Advocate for the Birmingham and Welsh Marriage Tribunals respectively.

In his free time he likes to follow Manchester United and enjoys playing golf and squash.

He also enjoys walking in the countryside with his Labradors Monty and Oak. 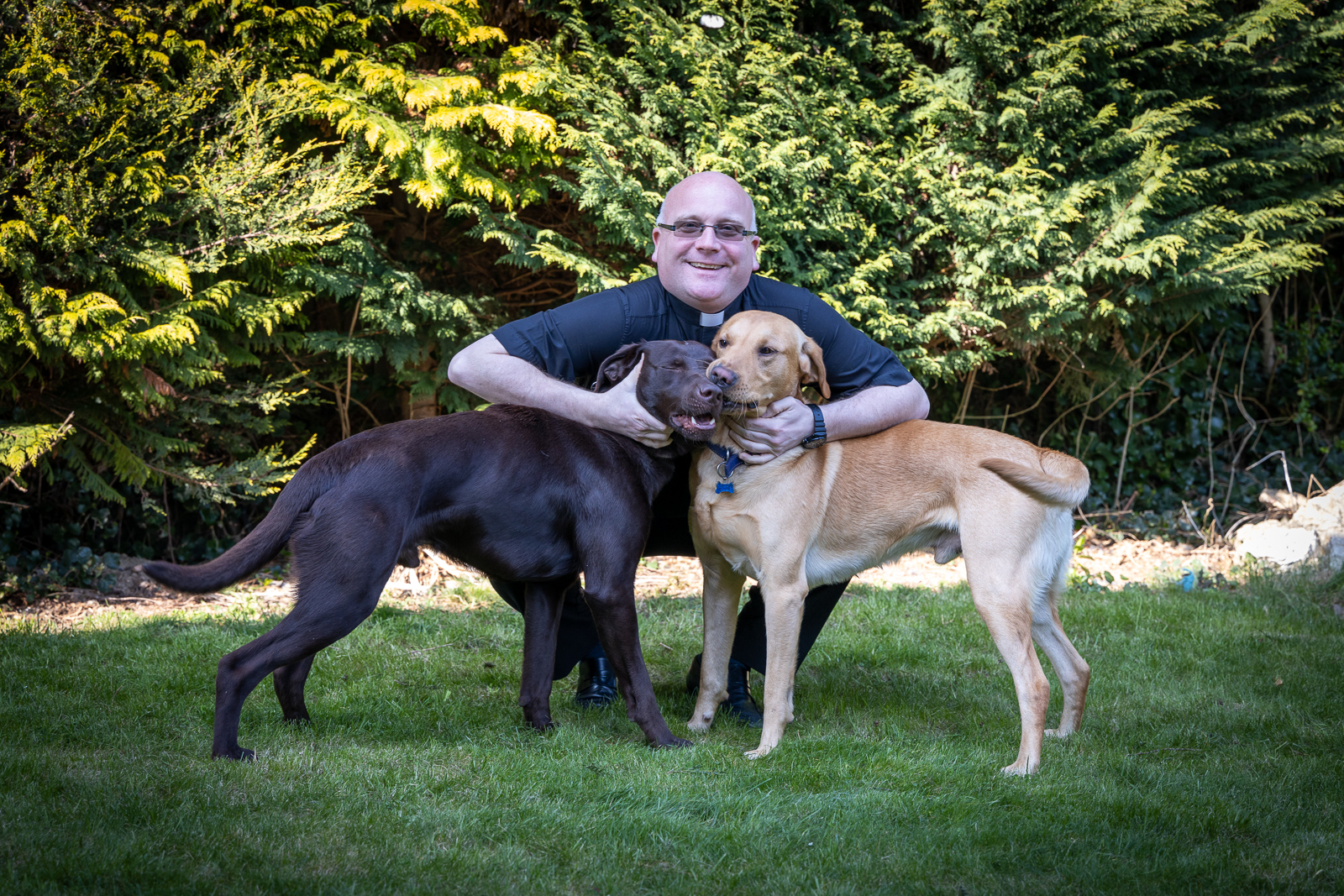